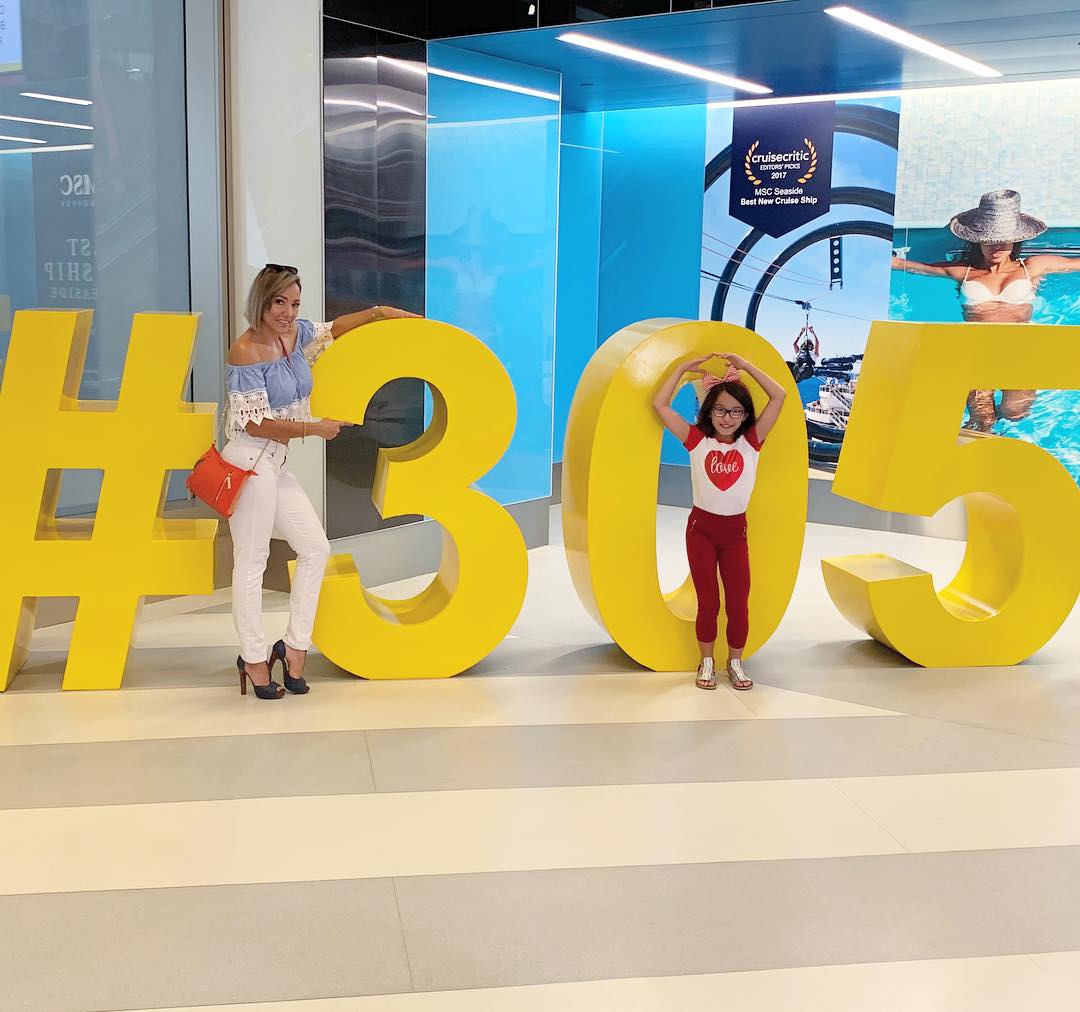 You know what I love about April? SPRING! A time for renewal and connect with nature, a time to get outside an enjoy the last days of not so hot weather here in Miami. And get ready because this April comes full of options for you, your friends and your entire tribe. Remember these are major events and our Museums and Parks always offer additional entertainment.

Looking to spice up your week or heading out with the family?

Explore Miami with Me!

Culture seekers and families in search for the world’s top attractions will find no better time to visit Greater Miami and the Beaches than during Miami Attraction & Museum Months. Many of the destination’s top museums and family friendly venues, including the most popular and those still waiting to be discovered, offer deep savings on admissions, memberships and more.

The Miami-Dade County Fair & Expo hosts a variety of family-friendly indoor and outdoor events, including the Youth Fair. It’s the largest fair in Florida and includes more than 90 carnival rides, livestock and agricultural competitions, live concerts and more. Tickets start at $10 per person for general admission, or pay $25 per person for unlimited rides.

April is your chance to encounter poetry in lots of different formats throughout Miami. Each spring, the O, Miami Poetry Festival attempts to deliver a poem to every single person in Miami-Dade County. Sponsored by the John S. and James L. Knight Foundation, the festival features more than 40 free events and 20 projects throughout the city. Most events are free.

Featuring a vibrant parade with more than 80,000 participants, the Miami Beach Pride Festival is a week full of non-stop celebration. Highlights include the VIP gala, Gay Pride Parade along Ocean Drive, and high-energy parties in and around the area’s nightclubs. The mission of Miami Beach Gay Pride is to bring together members and allies of the lesbian, gay, bisexual and transgender communities hand in hand with Miami’s community. Ticket prices vary depending on the event. Read more about Miami Beach Pride Festival.

FUN WITH THE KIDS: APRIL CALENDAR

Don’t miss al the free and also sponsored events with the kids. Munchkin Fun offers the best calendar of events right on you inbox. Subscribe HERE!

All performances are Thursdays from 6-9pm and free to the public!

New World Symphony WALLCAST® concerts, Presented by Citi, allow you to experience live classical music performances throughout the season at SoundScape Park through a striking use of visual and audio technology on the soaring, 7,000-square-foot projection wall of the New World Center.

The FREE SoundScape Cinema Series is held at SoundScape Park at the New World Center. Movies begin at 8:00 PM, RAIN OR SHINE unless otherwise noted.

Sing the blues and chow down on traditional slow-cooked barbecue at the Redland Blues & Barbecue Festival at the Fruit & Spice Park in Homestead. Family-friendly activities include pony rides and games for the kids. General admission is $8 per person and children 11 and under are free.

Ready to tie the knot in Miami? Check out the Miami Romance Wedding Showcase at the Hotel Colonnade in Coral Gables. More than 60 wedding vendors will unveil all kinds of inspiration to help you plan the big day. Tickets start at $10 in advance or $20 at the door.

MIAMI HEAT AT THE AAA: APRIL 9

For the 2018-19 season, all Miami HEAT home games will be mobile only entry. HEAT fans may access their game tickets via the Miami HEAT App

Featuring 14 new songs from Andrew Lloyd Webber and all the original songs from the movie, this high-octane smash delivers face-melting guitar riffs and touching romance in equally awesome doses! The Daily News cheers, Andrew Lloyd Webber “awakens the empowering message of rock!” and Time Out New York raves, “school’s in – FOREVER!”. At the Arsht Center.

A three-time Grammy® Award winner, with three additional Grammy nominations, Mendes has recorded more than 35 albums, with numerous gold and platinum albums among them. In 2012, Mendes received an Oscar® nomination for Best Original Song for “Real in Rio” from the animated film Rio. At the Arsht Center in Downtown.

Enjoy free Art Walks and exhibits in the following locations:

Test your physical fitness at the South Beach Triathlon. Athletes will compete by running, swimming and biking along Miami Beach’s gorgeous shoreline. Life Time Tri is hosting the 2019 South Beach Triathlon with 100 percent of proceeds going directly to featured charity partner, Save the Children.

Join Miami’s Nu Deco Ensemble for another electrifying performance featuring New Zealand’s multi-disciplinary singer Kimbra and a return of last season’s special guest and friend of the ensemble, singer-songwriter Ben Folds. At the Arsht Center in Downtown Miami at 8pm

Designed to educate the public about LGBTQ+ experiences, the OUTShine Film Festivaltakes place in various locations around Miami and Miami Beach. The ten-day event features more than 65 films. Ticket prices vary depending on the screening.

Spanish music stars Rosario and Lolita will present their much anticipated “Juntas de Nuevo” concert on April 20 at 8:00 pm at the Fillmore Theater in Miami Beach.

EASTER EVENTS FOR THE FAMILY

AN EVENING WITH ECKHART TOLLE: APRIL 24

Eckhart Tolle is widely recognized as one of the most original and inspiring spiritual teachers today. With his international bestsellers The Power of Now and A New Earth, he has introduced millions to the joy and freedom of living life in the present moment. Enjoy his lectures at the James L. Knight Center in Downtown Miami on April 24 at 7:30pm

Take strides for better health at the Mercedes-Benz Corporate Run. Unlike most races of its kind that occur in the early morning, this 5K run/walk happens after work in Downtown at Bayfront Park. Registration is $40 per team member.

One of the hottest events directly on the sands of South Beach, the Beach Polo World Cup event showcases some of the best professional and amateur polo players and ponies in the world for a weekend full of heart-pumping matches on the beach. Join in on the action and watch high-powered horses gallop across pristine stretches of sand as their riders compete for bragging rights as best of the beach.

If you have a sweet tooth, then the SoFlo Cake & Candy Expo is for you. Join industry professionals and hobby bakers at this conference at the Miami Airport Convention Center. Tickets start at $25 for one-day general admission and $40 for a weekend pass.

Imogen Heap has announced her first North American tour in nine years. The Mycelia World Tour is a 40-city tour behind the launch of Mycelia’s “Creative Passport,” a platform that promotes artist-led, fair and sustainable operating practices for musicians. Featuring live performances by Frou Frou—Imogen Heap and composer/producer Guy Sigsworth’s electronic group—marking their first time playing together since 2003. At the Fillmore Miami Beach April 24 starting at 8pm

Get your heart pumping for a good cause at the annual AIDS Walk Miami. Taking place on Miami Beach, the event is a 5K walk-a-thon fundraiser through the picturesque streets of South Beach benefiting more than 50,000 individuals in South Florida affected by HIV/AIDS. Proceeds benefit Care Resource and Food for Life Network.

A two-day technology conference bringing together more than 400 companies from over 40 countries, eMerge Americas is happening at the Miami Beach Convention Center. Speakers include executives from Microsoft, Hitachi Vantara, EMERCOM and more. Ticket prices vary. 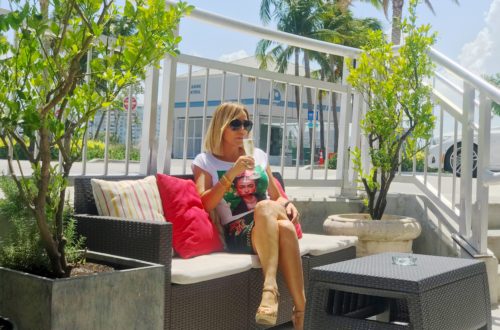 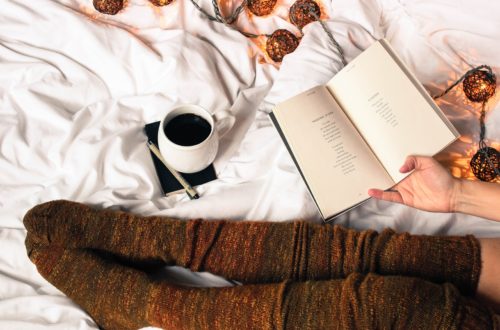 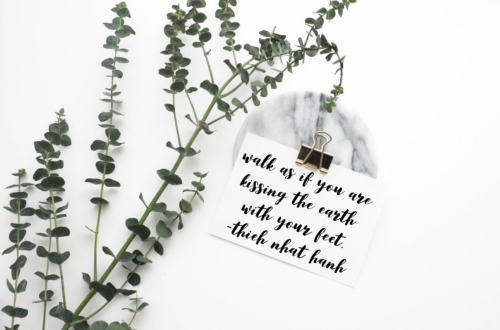 Uplift Your Mood With These 6 Gratitude-Building Strategies